0
was successfully added to your cart.

NAFEA is the national peak body for higher education staff involved in the logistics and administration of work-integrated learning across Australia. Each year, the NAFEA conference brings together a range of stakeholders from across the WIL cycle including NAFEA members, WIL administrators, WIL Researchers, placement providers and policy makers.

WHERE:
Hosted by University of Southern Queensland at the Burke and Wills Hotel (554 Ruthven St, Toowoomba Qld 4350). 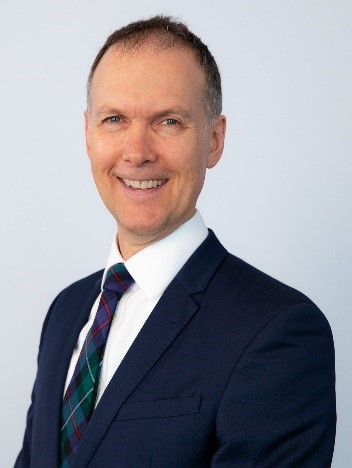 Professor Worley has had a distinguished career in rural health, both as a practitioner and an academic. After working as a Rural Generalist in rural South Australia, he was the Dean of Medicine at Flinders University in South Australia, where he established Rural Clinical Schools and University Departments of Rural Health in both South Australia and the Northern Territory and guided the conceptualisation and development of the Northern Territory Medical Program with a clear focus on recruiting and supporting Indigenous students and staff. While at Flinders University, Professor Worley developed and nurtured programs which are now recognised globally as models for the establishment of rural medical, nursing and allied health education.

Professor Worley has long been a leading figure internationally in the rural health and medical education sectors, has held senior positions in the Rural Doctors Association of South Australia and the Australian College of Rural and Remote Medicine, was instrumental in establishing rural Divisions of General Practice across South Australia, has served as a Board Director for the Adelaide PHN and for AGPT Regional Training Organisations in the Northern Territory and South Australia, is Editor in Chief of the international journal, Rural and Remote Health, and is an elected Fellow of the Australian Academy of Health and Medical Sciences.

As National Rural Health Commissioner, Professor Worley is passionate about quality, equity and fairness for all, especially the underserved. Australia’s rural and remote communities and the health professionals who serve them, deserve an evidence-based, sustainable, cost-effective and well supported rural health system, designed by rural clinicians, grown in rural regions, and serving all who live across our vast land. We must have the right health professionals delivering the right care, in the right place at the right time.

Chris Ridler is the Director of Leadership, Coaching and Performance at Performance potential, an Associate with the Institute of Executive coaching and Leadership, a Fellow with the Institute of Learning practitioners, and is currently on executive coaching panels for the Australian Public Service Commission, QUT Business School, Griffith University, UQ and USQ.

He is a coach, facilitator and consultant who works with executives, leaders and teams to improve personal excellence, high-performance team systems and organisational change. Since 2000 Chris has worked with managers, executives and teams in higher education, public sector, ASX100 companies, elite sport, mining, not-for-profit, and banking and finance.

Chris has designed and delivered flagship leadership programs for both academic and professional staff at UQ, Griffith, QUT, as well as providing strategic facilitation and team building activities.

*Times are subject to change

The conference will explore current and future challenges associated with work-Integrated learning (WIL) with a focus on regional, rural and remote WIL and issues related to equity and access to WIL. The conference sessions will focus on a broad range of topics related to WIL in the context of the National WIL Strategy, increasing demands for WIL, and the seemingly increasing risks. The conference will provide a forum for practitioners, administrators and other allies to discuss strategies, innovations and practices.

Presentations, break-out sessions and workshops are welcomed on the broader theme of the conference as well as related to: